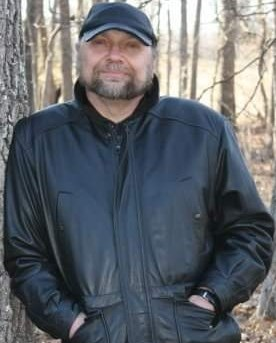 Walter 'Waz' W. Protas died March 11, 2020. He was born in a refugee camp in Germany on June 7, 1948 Wladelaw Wotodymyer Protas, to father Michal Protas and mother Katharzyna Melnick Protas. They immigrated to Cortland, N.Y. in 1951 where Walter attended school. Upon graduating in 1967, he joined the Airforce and was honorably discharged. He then worked at Smith Corona for several years before moving on to the Cornell Cyclotron where he was a prototype machinist. He was very proud that the scientists would bring him their scribblings and ask if he could make them and he did. His passions in life were hang-gliding, motorcycles, and his dogs. Walter is predeceased by his parents, his sister in Ukraine, Yephgania Predko Mikhilovna, a cousin Bishop Baranowski, and his beloved dog Chorney. He is survived by his nephews and heirs in Ukraine, Olish Predko and Miska Predko; cousins Ronald (Diane), Donald, Tadek, and Bobby (Jane) Baranowski, Krystyna (Bill) Bower; numerous close and dear friends and his canine companion Taupek. He is also survived by his very close friend Nancy Kelly. A funeral will be held by Wright-Beard Funeral Home, 9 Lincoln Ave., Cortland, on March 19, 2020 with calling hours 10-11:45am, and a service at 12pm. Burial will follow immediately after at St. Mary's Cemetery with his parents. Donations can be made to the SPCA of Tompkins County in his name.

Share Your Memory of
Walter
Upload Your Memory View All Memories
Be the first to upload a memory!

We encourage you to use our beautifully designed interactive online tributes to pay your respects. Leave a condolence, share a memory, post a photo, light a candle and more!

At Wright-Beard Funeral Home, we have a vast array of burial and cremation options available for you, helping to bring you comfort during your difficult time.

If you have any questions or concerns please feel free to contact us at anytime, we are available by phone or e-mail, or drop by the office in person.  We are always here to help.